What Do People Deserve? 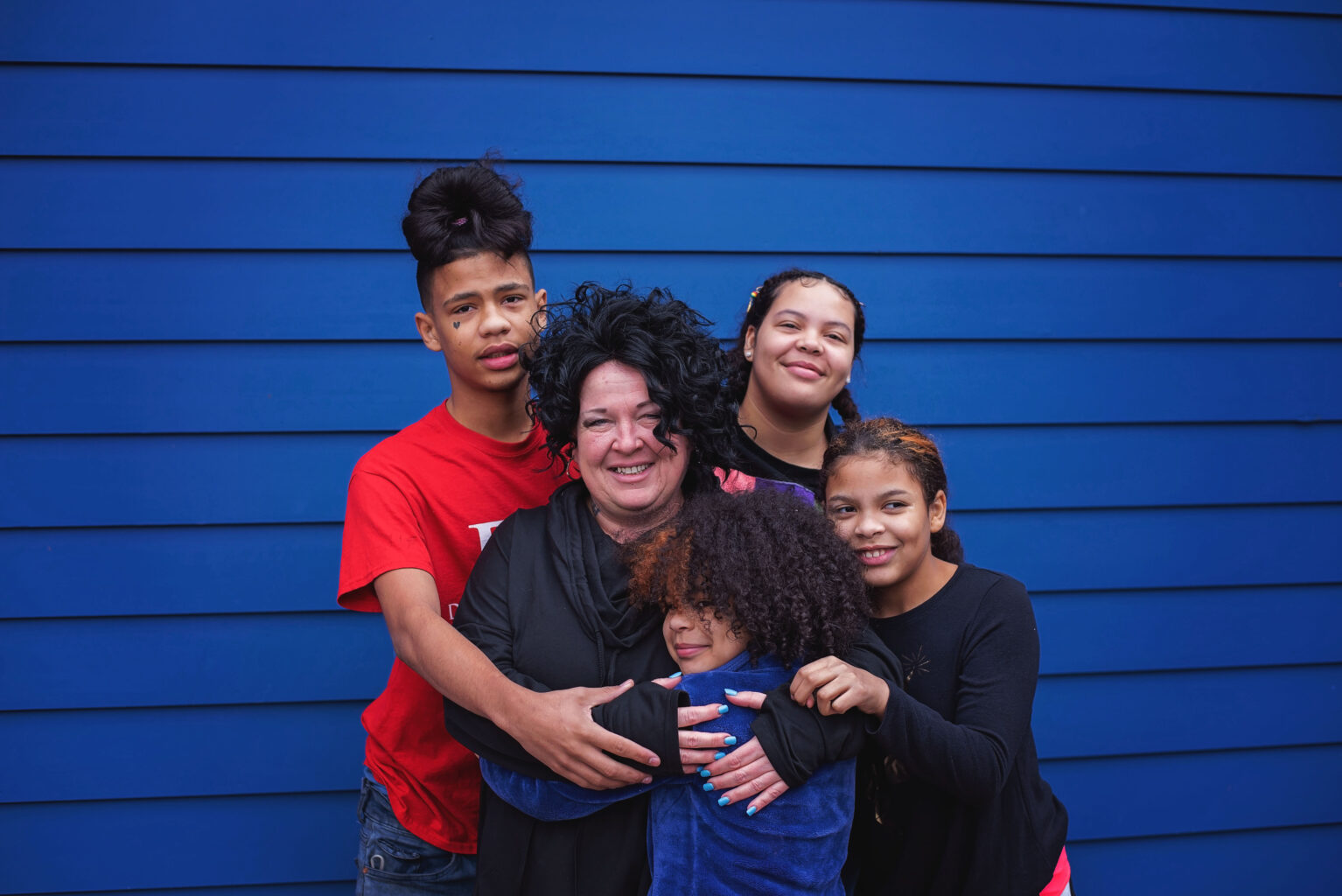 A graduate of The Grooming Project and her children.

By Jarrod Sanderson, LCSW and COO of The Grooming Project and

On a drizzly fall Kansas City day in 2015, I received a call from a fellow Licensed Clinical Social Worker who was a former colleague. She’d since moved on to work for a different organization and was reaching out to inquire about possible options for a client, a 28-year-old mother—a woman I’ll refer to as Jessica—who was on the verge of becoming homeless. She said Jessica had six children from four different fathers, hadn’t ever had a job, had lived off government assistance her whole life, and was about to be kicked out of her cousin’s house where she’d been staying for six months. She said Jessica had burned every bridge with her other family members and friends and that she and her six children would be homeless by week’s end if some different options couldn’t be identified.

I want you to pause for a moment and recognize what your initial reaction was upon reading this story—not to analyze it, but just to notice whatever it was. Specifically, I want you to focus on your first thought about Jessica—what kind of person did you initially assume Jessica was? This isn’t a gotcha question—neurologically, thoughts think themselves before the conscious “we” becomes aware of them. Whatever that initial thought was, we can safely file it in the proverbial “it is what it is” folder.

I had my own initial reaction to the description of Jessica as well. Curious as to the back story, I listened as my former colleague shared the following additional details about Jessica: When Jessica was 14, she was kidnapped by her stepfather. Her stepfather sold Jessica into sex trafficking; all of Jessica’s children are a product of rape by her stepfather and people Jessica was trafficked to. I want you to again pause for a moment to let that new information detonate in your consciousness.

When I share that part of the story, I find that most people have some immediate shame for how they had originally perceived Jessica. For most people most of the time, the initial judgment of Jessica is indifferent at best and quite negative at worst. But upon hearing the rest of the story, most people’s perception of Jessica completely flips. Not only is she not looked at with indifference or disdain, but she’s also looked at with sympathy. And, for many, they themselves are moved to want to help in any way that they can.

From indifferent to inconceivable

By my estimation, the cognitive rollercoaster this story elicits is a perfect real-world illustration of what the Nobel Prize winning psychologist Daniel Kahneman refers to as “system 1” and “system 2” thinking models.1 System 1 is a reference to the automatic, intuitive responses we generate to everything we experience. Most of our day consists of system 1 thinking: we’re feeling and reacting to multiple incoming stimuli at once, and for most of those experiences, we don’t stop to think much deeper about them than our initial reaction. System 2  is a reference to our mind’s slower, more reasoned, analytical approach—a system most people find themselves in significantly less often than system 1. For most of us, our system 1 responses are triggered by the first part of the story. It’s unfathomable for us to imagine ourselves in a similar position. Our intuition does the math and arrives quickly at a conclusion that this must be someone who’s irresponsible. The additional information about Jessica, though, triggers a system 2 response—we can’t unhear or unknow the new information. It forces us to question the quick judgment we had moments before.

Given the volume of decisions we make each day (often estimated at approximately 35,000),2 it’s imperative that we have the capacity to make snap decisions and not look back. Imagine, for example, if you had an existential heart to heart talk with yourself every morning exploring the depths of your desire to have either coffee or tea. After a few grueling hours you finally arrive at a decision, only to then engage in another soul-searching adventure on the decision of whether to wear to work the white top or the blue top. We simply don’t have the time or attention to agonize over such decisions, and they’re quite often decisions of little long-term consequence anyway. In these situations, system 1 works quite nicely—we couldn’t get through a day productively without it. But what happens when system 1 thinking leaps into spaces where system 2 thinking would result in a better outcome? Consider, for example, the collective impact when stories like Jessica’s are left only half told. Where does it leave us as individuals and as communities when our snap judgments about people—especially those in need—become the basis for what we do or don’t do next?

This is the space The Grooming Project works in—the space where system 1 thinking models create more problems than they do solutions. Our students are often women who’ve lived in poverty for the entirety of their lives and who’ve known trauma, abuse, and neglect since their consciousness came online. We know how such trauma effects the brain3 and we know how poverty effects the brain as well. As a 2018 Scientific American article illustrated,4 the neural weight of poverty rewires the brain to be impulsive and hypervigilant. Decisions are based on what allows for survival now, not thriving tomorrow. The author of that article, neuroendocrinologist Robert Sapolsky, states, “Poverty makes the future a less relevant place.” In other words, what we perceive as “choices” being made
by people living in poverty aren’t really choices at all—they’re predetermined responses shaped by a history of traumatic prior causes. Behaviors such as threatening, lying, manipulating, refusing to follow directions—they don’t translate well to environments of relative safety, like schools and businesses, but they are absolutely crucial to survival in environments where threats abound. How, then, can we expect someone dealing with the cognitive load of poverty to suddenly drop the very behaviors and reactions responsible for keeping them alive?

So much of our community’s social service support structures are dominated by questions of deservedness—specifically, intuitions about who “deserves” help and who doesn’t. And for most, this question has an automatic system 1 answer: Those who’ve “made bad choices” don’t deserve help. The allure of the “boot straps” philosophy is intuitively strong here: If people living in poverty want to change their circumstance, they just have to make better decisions. As the evidence regarding poverty and its impact on the brain demonstrates, this philosophy tends to mischaracterize the sequential order: It isn’t the case that bad decisions led to poverty; it’s that poverty created an environment where decisions had to be based on survival today. In other words, we’re putting the cart before the horse when we insist that people earn their way out of situations they never earned their way into to begin with.

Part of the challenge here is personal. Humans tend to assume there’s something special and unique about us that would allow us to make a different decision if placed under the same circumstances and conditions as the people whose “deservedness” we judge. It’s for this reason that The Grooming Project’s guiding light isn’t the question of what people living in poverty deserve, but rather what people living in poverty need. That second question, almost by necessity, forces some level of system 2 thinking because the answer is much less prone to individual subjectivity. For example, we may disagree on whether people who we’ve deemed as having made “bad choices” deserve things like quality housing or healthy food, but there is much less disagreement with the basic reality that people need those things. The Grooming Project’s model focuses on improving access to as many of the things people need as possible—things such as housing, transportation, childcare, food, and mental health services. Doing so gives our students a deliberate, sustained focus on learning a living wage trade rather than a frantic focus on trying to survive each day.

Providing the opportunity to thrive As The Grooming Project moves into its sixth year of operations, we have some good evidence that this approach works. Our graduates who’ve been in the field at least a year have seen an average annual increase of income of more than $25,000. Those graduates are making on average more than $21/hour and for those graduates who work full time, their average income is $41,200 annually, with some graduates making as much as $60,000 per year. By way of comparison, according to research compiled by the job search site careerexplorer.com, the average starting salary for some college graduates with credentialed careers is well below these numbers. Additionally, our graduates have achieved this with only six to nine months of schooling/training and while accumulating zero educational debt in the process. These outcomes already speak for themselves, but when you consider that at least 25% of our graduates also lack a high school diploma, their achievements are nothing short of remarkable. 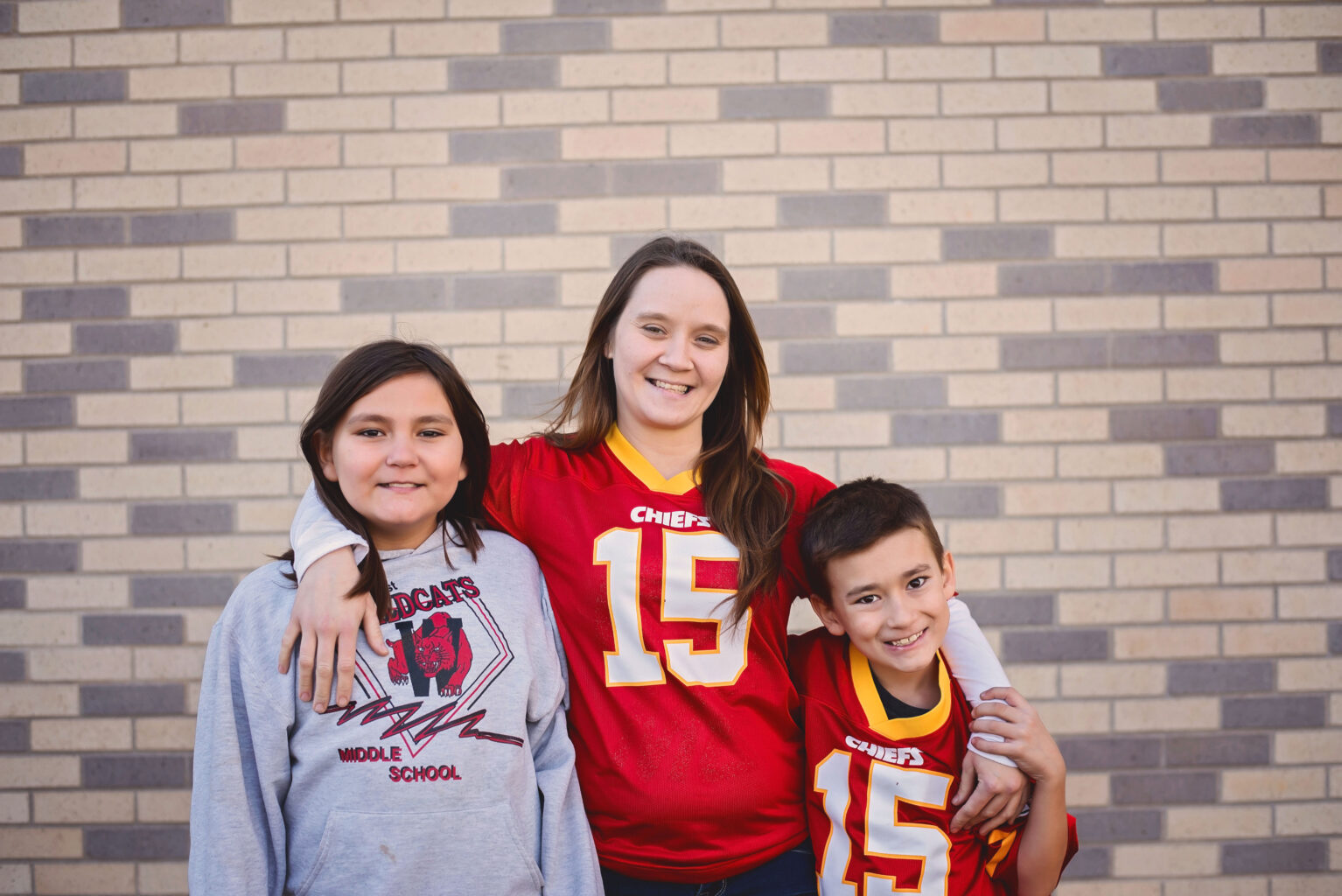 These outcomes are not just great for the individuals who’ve achieved them; they’re also great for our communities at large. Emergency services are extremely expensive. As the National Alliance to End Homelessness has noted, the average annual cost to a community for each person experiencing chronic homelessness is more than $35,000, specifically because of the increased usage of things like ambulances, emergency rooms, and police responses.5 That emergency service utilization plummets the moment a person accesses safe, stable living environments. Further, while more than 90% of our graduates received some form of government assistance when they enrolled in our program, less than 40% of graduates receive assistance now. Instead, those individuals have replaced and superseded the government assistance with earned wages. They’re now able to be more of a consumer, providing additional income to local businesses.

These accumulated monetary savings are why a 2020 Social Return on Investment study of The Grooming Project found returns of more than $2 in community cost savings for every $1 donated to it. If we had become hung up on notions of who “deserves” support and who doesn’t, The Grooming Project would have never been in the position to help bring to fruition these wonderful outcomes. Consider this in relation to someone like Jessica: The cost to the community when a mother and her six children become homeless remains *exactly* the same, no matter our judgments about the quality of “choices” we feel she made prior. And, perhaps most importantly, the most effective solutions also remain the same no matter our judgments about her character or deservedness of help.

The Grooming Project’s staff are by no means perfect, but the consistent focus on evidence of what a person needs as opposed to perceptions of what they deserve is part of the secret sauce of our organization. As people, we all judge each other, all day every day. It is human nature to do so. But we don’t have to be controlled by those initial judgments. With targeted attention to how we think, we can retrain ourselves to step back in some situations and look beyond our initial perception. When we apply this more deliberate consideration to social supports and services, we realize not only can we afford to do this—we can’t afford not to. Support for The Grooming Project isn’t supporting charitable second chances for those who “made bad choices.” Rather, it’s supporting an equitable first chance for those who’ve never had the opportunity to thrive.

To support the work of The Grooming Project give here today!