Shautina: No Choice but to Shine 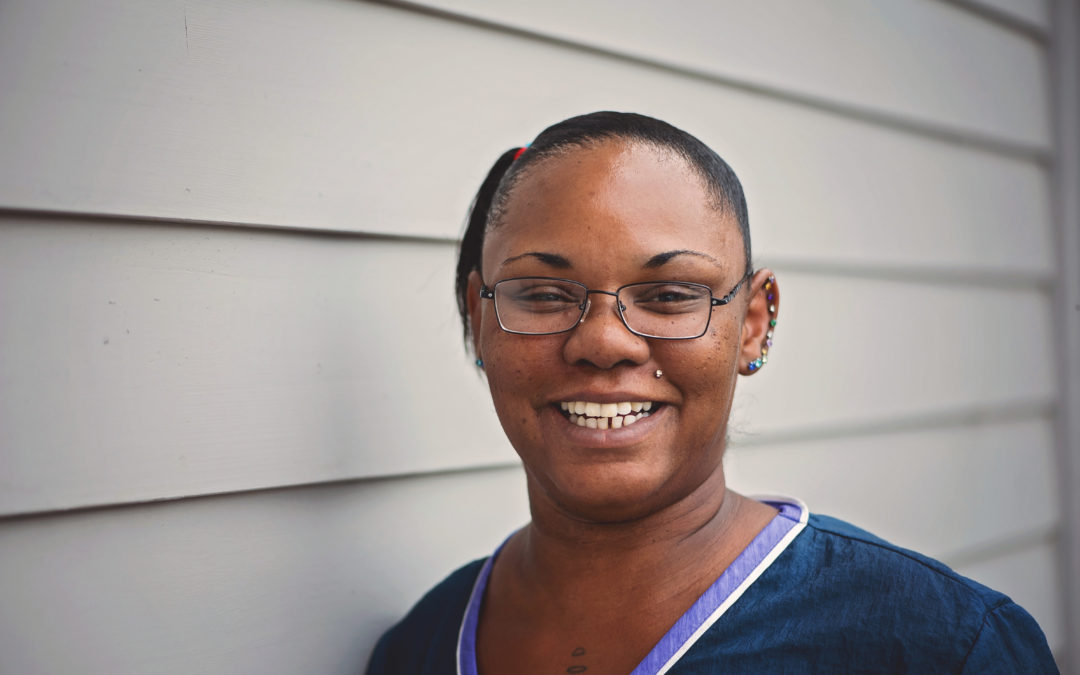 It was a moment of God-given self-restraint that led Shautina, 39, to The Grooming Project.  She was standing outside her apartment complex’s office smoking a cigarette and “sulking in misery.” The stressors of being a single mother of two had piled. After receiving thousands of hours of dog grooming training as a teen while incarcerated in California, salons in Kansas City kept closing the door on her. “I had no grooming supplies, and they all looked at me with a weird vibe like, ‘YOU know how to groom?’” The rejection had been hard to swallow, and her coping mechanism became drugs.

“I had told my caseworker the previous week, ‘I’m tired. I’m so tired of this. I don’t want to keep doing drugs. I don’t want to lose my kids. I can’t go back to jail.’ I told her I needed a change or I was going to fold. She told me at that point that the best thing I could have done was reach out for help. Being a single mother of two was hard, but I thought I could do it all by myself.”

While waiting outside her apartment for a follow-up appointment with the caseworker, a nagging woman passed by, telling her to put out the cigarette. When Shautina had hesitated, the woman snapped, threatening to call the cops.

“I started to turn to look at her, but before I could, I saw something out of the corner of my eye—a flyer in my apartment’s office window that said something about grooming. It was a meeting from 1:00 to 3:00 pm, and I realized it was 2 pm.”

She ran inside immediately, apologizing for interrupting the meeting. She detailed her experience and her skills to Barbie, EPEC’s Employment Specialist, who was hosting the informational session, and was quickly invited for an interview.

“I was worried about transportation and starting the program with my two kids. But I believe in manifestation. What you think, what you say to yourself, it’s going to happen. I started saying, ‘I’m going to have transportation.’ And you know what? The day before I had to come down for the drug test, I got myself a car. I got my taxes back, which I had waited to file. Something had told me to wait. And I was able to use that as a down-payment.”

Since starting the program in May, Shautina has found herself, above all, appreciative for the opportunity. “There’s no words to express how much I appreciate the instructors. You don’t find people out here cut from that type of cloth. You can go to them for anything. There’s nothing biased. They’re not judgmental. I just try to keep in mind that when I step in those doors, everything going on outside, it doesn’t exist to me. Because I don’t want anything to take away from me learning. Nothing else has my attention. It took years of practice and therapy to be able to do that, but I’m glad that it’s one of the tools that’s in my toolbox and that I’m able to utilize it now. At this point I have no choice but to shine.”  With the support of her instructors, she hopes to open her own grooming business one day. “I have to have something to pass on to my kids. I have to leave my kids something.” 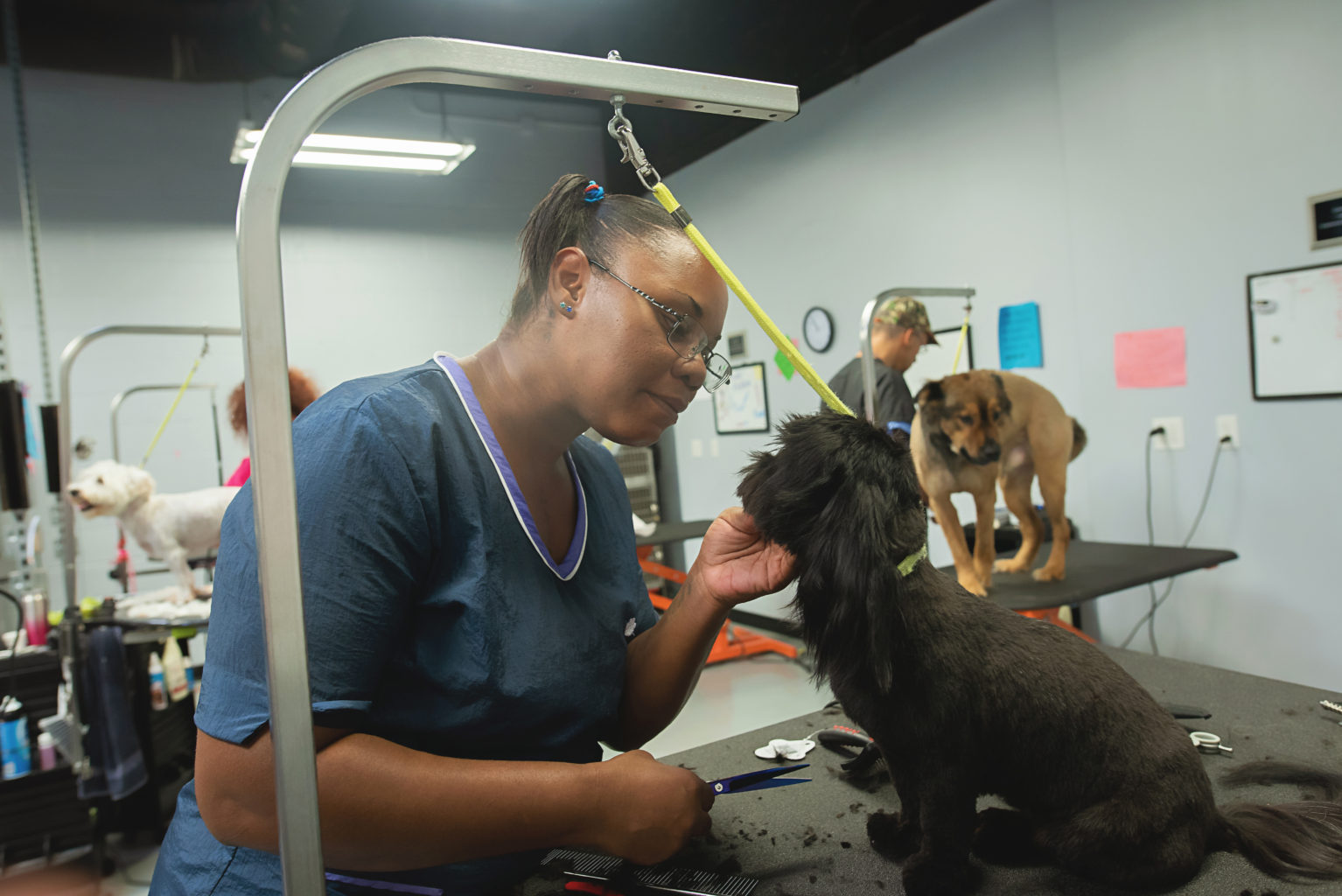