Rerouting for a Better Future 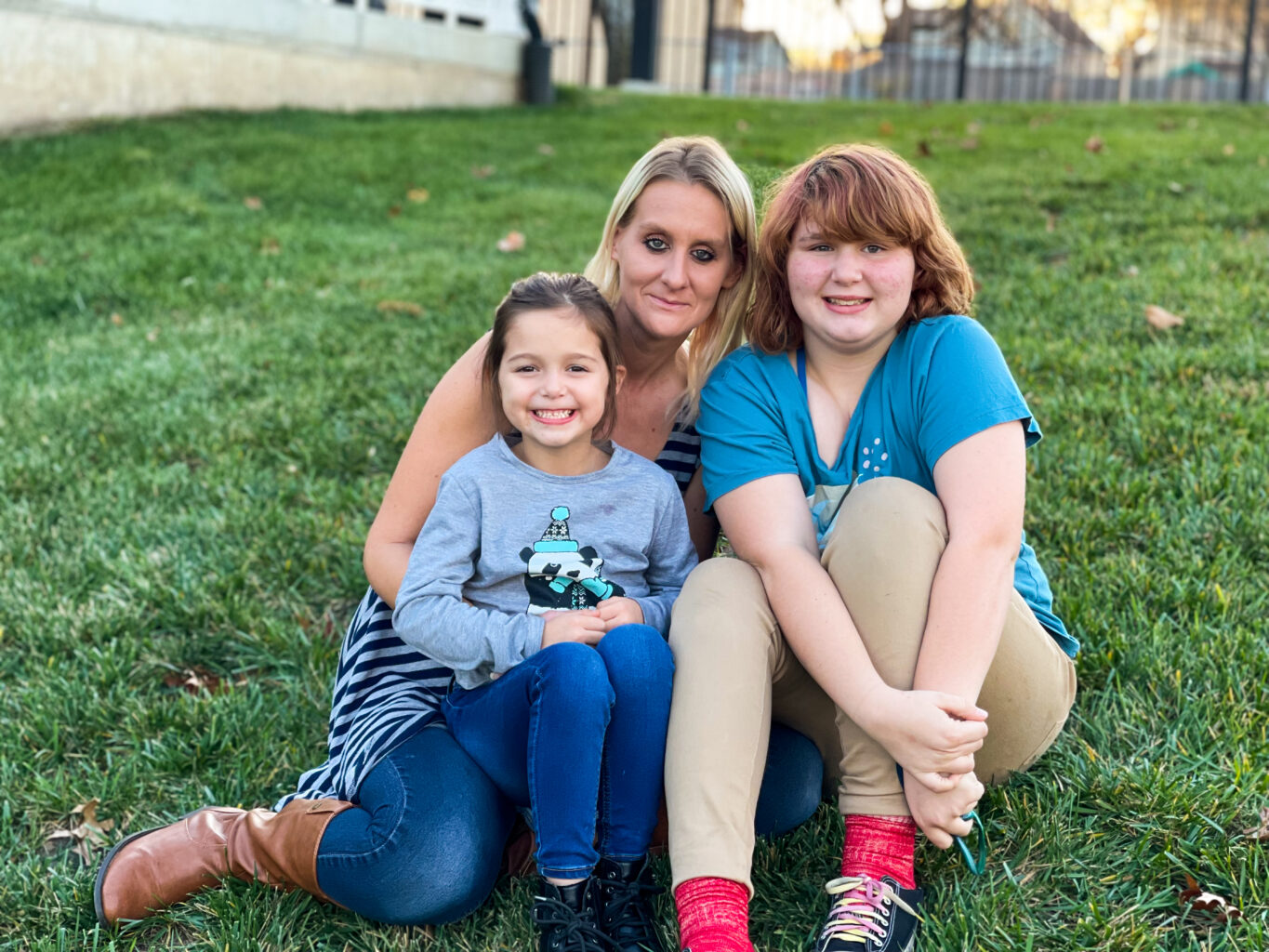 When 35-year-old Jeanne Dennison, a recent graduate of The Grooming Project, lost custody of her daughters two years ago, she was facing a long prison sentence for drugs and weapons possession.

Losing her children turned out to be a critical turning point for Jeanne. She’d finally had enough of a life dominated by drugs. She determined to get clean for good and regain custody of her daughters, now 12 and 5.

“I knew what the prize was. It was getting my kids back,” she said.

The Road to Addiction

Introduced to pot at age 12 by family members, Jeanne was charged with her first felony at 17 when she was stopped with a half-pound of marijuana, scales and six bottles of liquor in her car. She wasn’t charged as an adult but was ordered to complete Jackson County’s Drug Court, which she did.

In the aftermath of the arrest, Jeanne ’s pot habit accelerated to meth addiction as she coped with mental, physical and sexual abuse.

“I just started doing meth. I figured I’d do uppers instead of downers,” she said, “and it was a whole ‘nother story.”

Several more felony and misdemeanor arrests followed, and Jeanne plunged further and further into addiction and the drug life, despite having young daughters to care for.

A Fork in the Road

The drugs and weapons possession charge that cost Jeanne her children a couple of years ago was a fork-in-the-road moment. She chose the harder, more uphill path—but one she knew would lead to a better future.

She entered a drug therapy program through Heartland Center for Behavioral Change as part of the County Drug Court. After about 10 months of drug counseling, she quit using—cold turkey—despite advice from her doctor to slow down and follow the process. The stress of quitting suddenly was too much of an adjustment for her body, and Jeanne landed in the hospital with a heart attack.

Jeanne doesn’t regret the approach she took. “I spent a couple of days in the hospital,” she said, “but I did quit.”

In the following months, as she stayed clean and continued her drug counseling program, Jeanne regained custody of her daughters. But the challenge of juggling her schedule, her kids’ schedule and a daughter with an immune deficiency disorder, especially during the pandemic, overwhelmed her.

After being clean for one year, she relapsed—for one night. It was enough for her to lose custody of her daughters again. Determined not to let the setback become a permanent defeat, Jeanne got serious about finding employment, but her felonies kept her from being hired.

Fortunately, the counselor she was seeing at Heartland was aware of The Grooming Project and encouraged her to apply for the dog grooming training program.

As a student of The Grooming Project, Jeanne learned a job skill that would help her earn a livable wage. She also benefitted from the program’s many other resources and support services.

Jeanne and her daughters live in the “dorms,” the family residence facility The Grooming Project operates.

“I was homeless and not living in a good situation. I was around drugs and trying to stay clean. It was really hard,” Jeanne said. “I had to change my playmates and my playground. The dorms are like high-class living when you come from the drug life.”

She also received badly needed dental care and a pair of glasses, which The Grooming Project helped arrange through a community partner.

Barbie Daniels, the case worker at The Grooming Project, became her advocate in court, helping her to win back custody of her daughters once again and getting the prison sentence Jeanne was staring at reduced to five years’ probation with a 12-year back up.

More than anything, Jeanne said, The Grooming Project taught her coping skills and how to learn from constructive feedback. She and her daughters are in family therapy, and Jeanne said working with dogs has been therapeutic too, noting they help calm her.

Drug-free and with a new grooming position, full custody of her daughters, and a strong support group at The Grooming Project surrounding her, Jeanne can finally say she has hope for the future—for both herself and her daughters.

She plans to continue learning more pet grooming techniques to create even more career opportunities, and she envisions a day when she can earn enough money to live independently, without state aid.

“One day I’d like to buy a house for me and my daughters,” she said.

Jeanne’s dad died two months ago, and she made it through her grief without the use of drugs.

“I didn’t relapse from it,” she said. “I was very proud of myself. It tells me that I am stronger. I can get through things without using drugs.”