This New Face is No Stranger to The Grooming Project 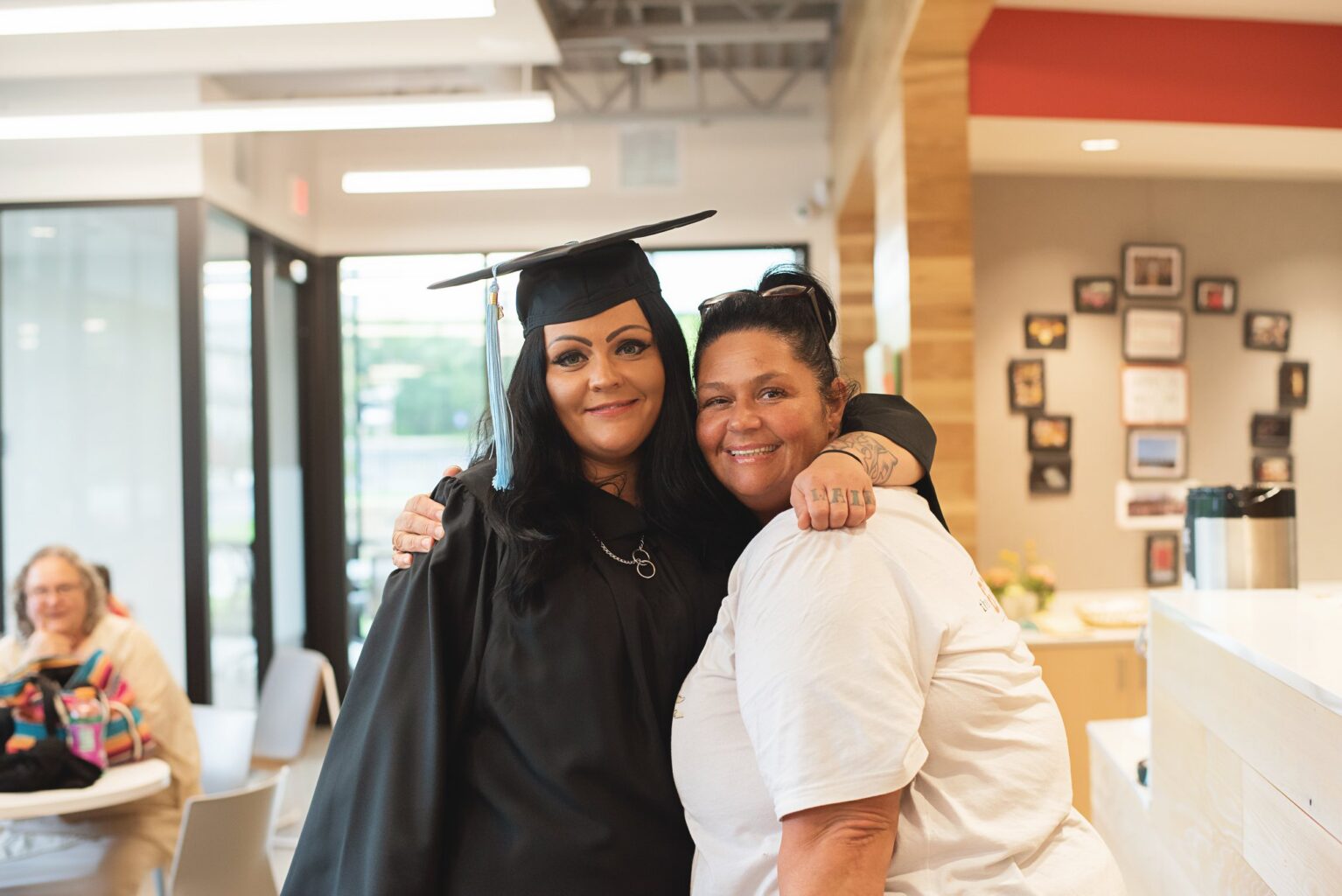 Meet Amy Hall, recently hired as assistant grooming instructor at The Grooming Project. Though her job is new, Amy is no stranger to this place. A Grooming Project graduate herself, Amy knows exactly how the students feel every day and couldn’t be more grateful to be there for them.

“The job is extremely spiritually rewarding,” Amy says. “I know where I was before my training, and where I am now, and I get so excited when I see students because of the good opportunities they have ahead.”

Amy will fill many roles in her new job, from helping to groom dogs to training students on customer service and working the phones and, eventually, helping the instructors train students.

Before joining The Grooming Project staff, Amy worked as a groomer at the Rockhill Pet Clinic in Brookside – a job she started right after graduating a year ago.

“I loved working as a groomer in a vet’s office,” she says. “I learned the medical side of dog care, and because I was the only groomer, it helped to build my confidence. I’m self-motivated so I had no problem getting the work done.”

That strong work ethic is serving her well at The Grooming Project. With its booked grooming calendar, Amy has had to hit the ground running since day one. It helps that she knows her coworkers well.

“I love the entire staff,” Amy says. “They were all part of improving my future, so to be able to come back and work with them is humbling.”

So is being a single working mom in recovery. She welcomes the humility and the work, both vital elements of success in her new life, which is indescribably better than a couple of years ago when she was living the life of an IV drug user trying to support three kids.

A seed was planted

Amy spent more than half her life as a practicing addict. She started using at the age of 13 and cycled through jail, probation, rehab, relapse and jail again for the next 18 years.

“I spent my adolescence in jail,” she says. “I didn’t know what it was like to be sober. I had no life skills or social skills to help me function.”

All this made earning a livable wage extremely difficult. Whenever she was trying to get clean, she had to work two jobs and still needed government assistance to support her family. She tried every job you can think of – waitress, warehouse worker, medical assistant — but relapses, probation violations and jail made it impossible to stay employed. Though she retained custody of her kids, they lived with their grandparents.

Then her turning point came. One day Amy went to church and heard a story similar to hers, but this woman was clean and sober. It happened to be Barbie Daniels from The Grooming Project.

“It changed my life forever,” she says. “That’s what started me on the path to change. The seed had been planted.”

Amy had to suffer another relapse before hitting a bottom. While at detox, the woman in the church came to talk to her about The Grooming Project again. Amy then went to a transitional treatment center and surrendered her kids to her mother so she would be in the best possible position to make her training and sobriety successful.

“When I first heard about The Grooming Project, I thought, ‘I could get paid to play with dogs all day and sustain my family!’” Amy says.

As a bonus, Amy discovered that working with animals – especially dogs – calms her and gives her serenity. And the increasingly high demand for groomers means it is a promising job market for anyone with the right training, which she now has. 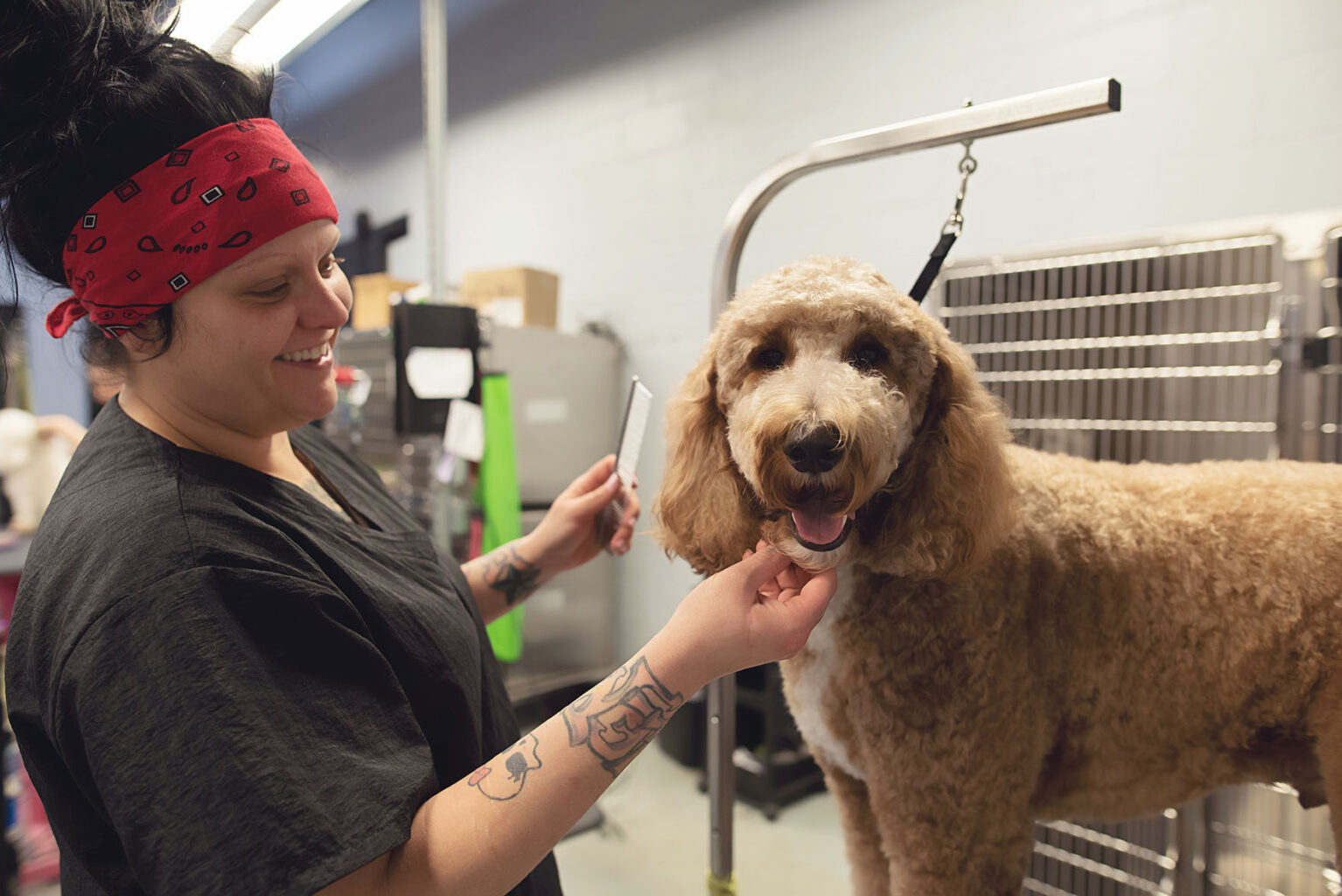 “It’s a lucrative business. People are always going to want dogs. They are our best friends,” she says.

Best of all, Amy has hope for her kids’ futures. Today Amy’s oldest daughter and son are adults living on their own, and her 13-year-old daughter lives with her. Amy wants the living skills she’s gotten from The Grooming Project to set a good example for all of her kids – and break the cycle in her family.

“I’m excited that my youngest daughter sees me as clear-minded and spiritual so I can teach her to live differently,” Amy says. “I was raised by a single mother in poverty. Having a trained skill enables me to be around all my kids’ activities instead of rushing to get to my two jobs.”

Dedicating herself to learning a new skill has only enhanced her sobriety. It also has boosted her confidence, enabled her to care for her family and placed her in a position to help others who are facing the same barriers she faced.

“I come from the same background as many of the students, so I can relate to them,” Amy says. “If I hadn’t had this experience I wouldn’t be able to help women going through this today. God had me walk through this so I could help. God works everything out for good.”