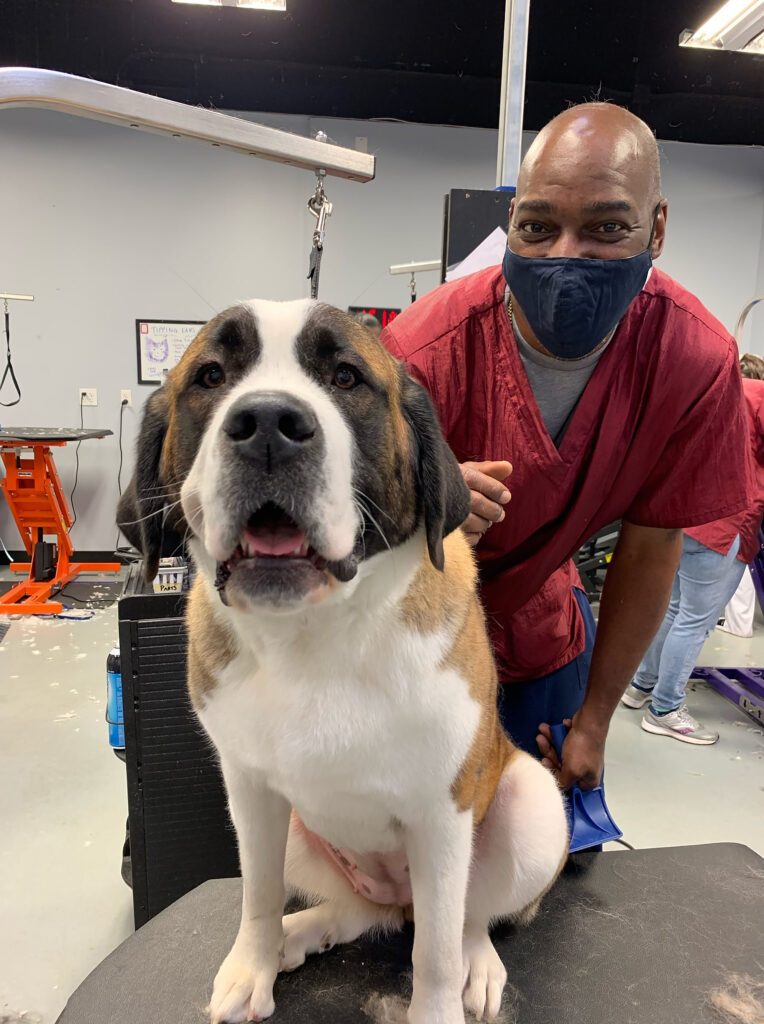 As one of only a few men in the current roster of The Grooming Project students, Ronnie Davis definitely stands out, but as brother to five sisters and father of five daughters, being surrounded by women is nothing new for him. What is new is the possibility that someday, with the skills he’s developing at The Grooming Project, he will be the patriarch of his own family business.

When that day comes, it will represent a significant turnaround for someone whose life not long ago had been headed in a decidedly different direction. Battling addiction, he and his wife of 19 years were on the verge of splitting up. In March 2020, their children—five daughters and two sons now between the ages of 6 and 16—were removed from their home, fostered by one of Ronnie’s sisters and the mother of one of his son’s friends. But with the support of therapy and substance abuse counseling and care, Ronnie is looking toward a brighter future. After his case worker encouraged him to check out The Grooming Project as a path toward a better future, he filled out an application, was accepted, and started the program on March 16.

Clearly, it’s working for his family and him.

“My wife and I re-fell in love and decided to stay together,” he says. “I’m correcting past mistakes and setting goals,” one of which he achieved in May of this year, when his children were returned to the home. These days he’s a model dog grooming student, on time every day and working hard to learn everything he can. He enjoys working with the dogs much more than his previous jobs in construction. “Not that dog grooming is easy, but it’s not carrying an 85-pound bag of concrete or putting shingles on a roof, back-breaking work you have to put your whole body into,” he says. “I like giving the dogs a spa day, making them feel good and giving them a little extra love.”

And now, with past legal issues addressed as part of the program’s support services, “I don’t have to keep looking over my shoulder,” he says. And with the prospect of a livable wage ahead, he looks forward to being able to take more control of his hours and getting off government assistance to care for his family.

His long-term goal is to open his own dog grooming business, with help from his wife setting appointments and handling the business end of things while he works with the dogs and possibly provides productive employment for some of his kids.

But whatever the future holds for the Davis family, Ronnie is grateful for the reset The Grooming Project has helped make possible.

“It has been the biggest gift, a blessing,” he says. “They set you up for success, and make you believe anything is possible.”

To support the work of The Grooming Project give here today!