Make your gift below to help build up futures for Kansas City families! 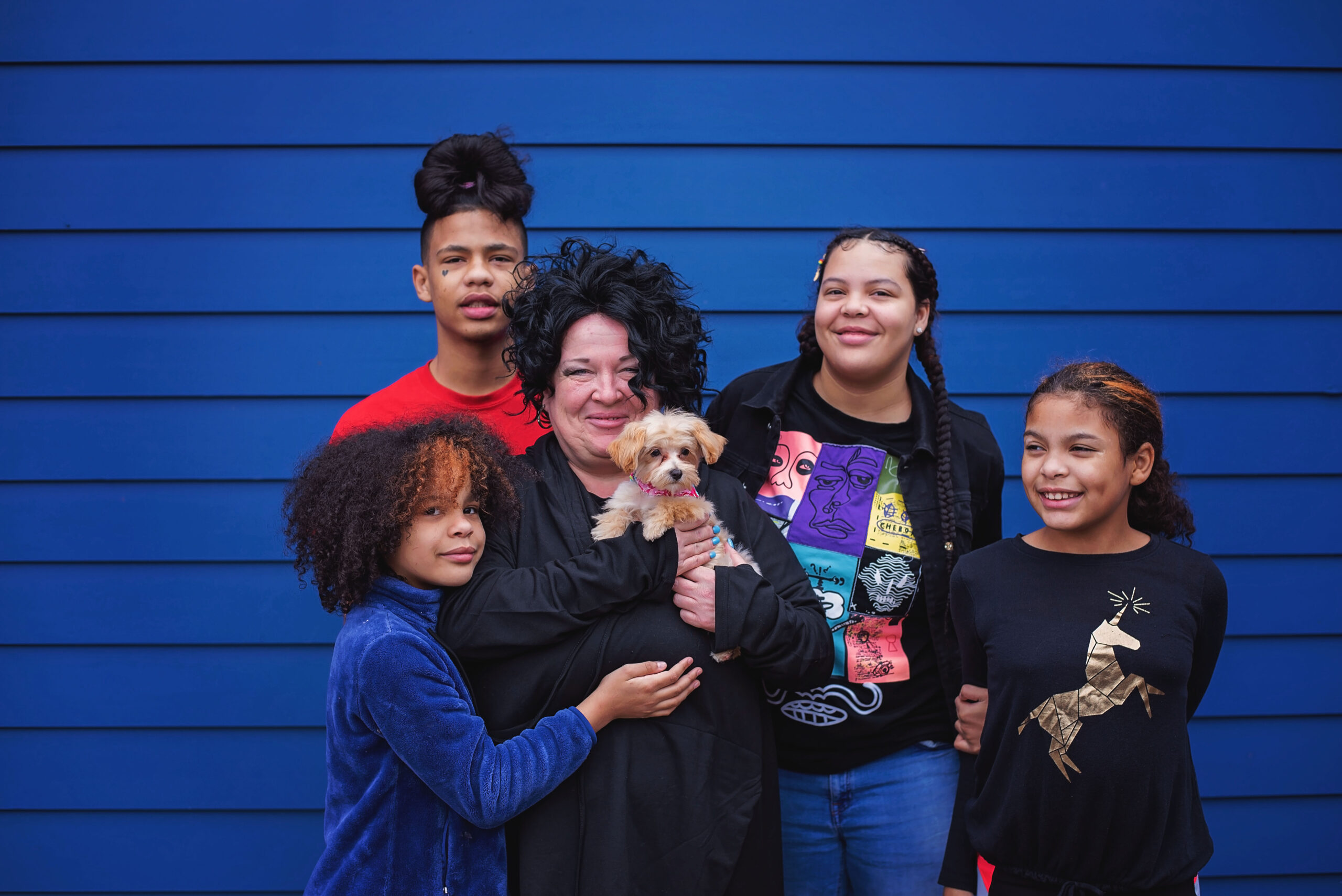 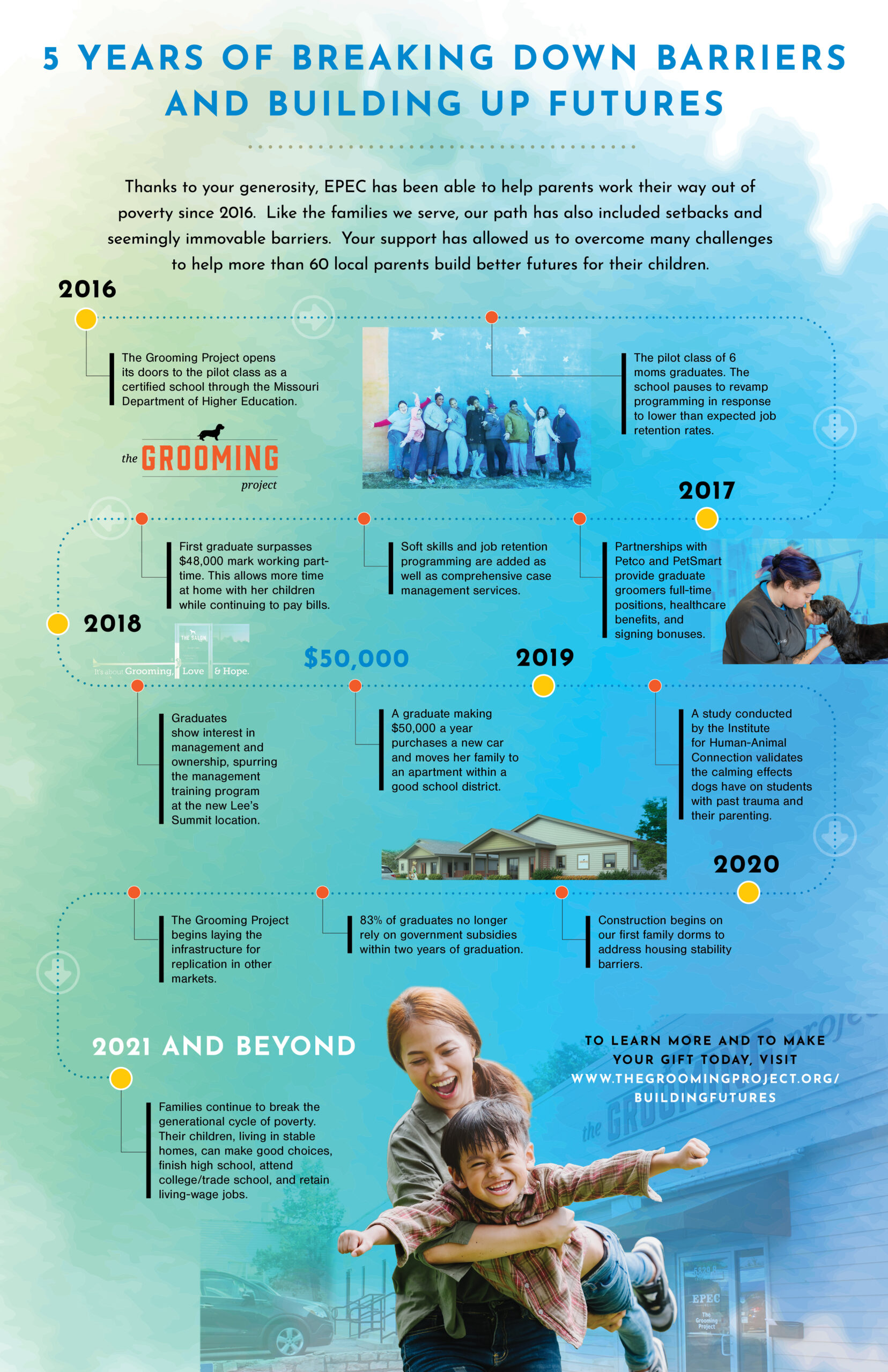 “The day that I graduated was the best experience I’ve ever had in my life.”

Becky started The Grooming Project at the age of 44, looking to find stability for the first time in her life. She had grown up in the foster care system and ended up dropping out of high school. Once she was 18, she landed on the streets. “The people that were around me, it was all ugly. All negative. It was complete chaos.”

A stint in prison proved surprisingly beneficial. “That’s where I received my GED. I actually excelled in prison. I got to participate in a dog training program there. I’d been wanting to do something with dogs all my life,” she remembered. After leaving, though, married life became difficult, forcing her to take her four kids to Rose Brooks domestic violence shelter.

It was there that she learned about The Grooming Project. “I just knew that this was going to be something that I would want to get up and go to work to do. It was something I knew that I could do.”

Despite her deep connection with animals, she struggled in the program at first. “Initially, my people skills were lacking. My professionalism wasn’t there. I was asked to leave for six months to work as a bather. I had never had a legal job before.”

The job experience helped Becky re-enroll at The Grooming Project and successfully finish her training. “The day that I graduated was the best experience I’ve ever had in my life,” she says. “Getting my kids all in one home, setting boundaries, relationships. The number one thing that has held all that together is grooming. I’m so proud of it.”

Empowering the Parent to Empower the Child (EPEC) is a 501c3 organization dedicated to reducing generational poverty in Kansas City.

Through our state-certified grooming school and our Lee's Summit grooming salon, we train struggling parents to be pet groomers and salon managers, both in-demand, living-wage trades.