A Bright Future Set in Motion by Boss’ Kindness 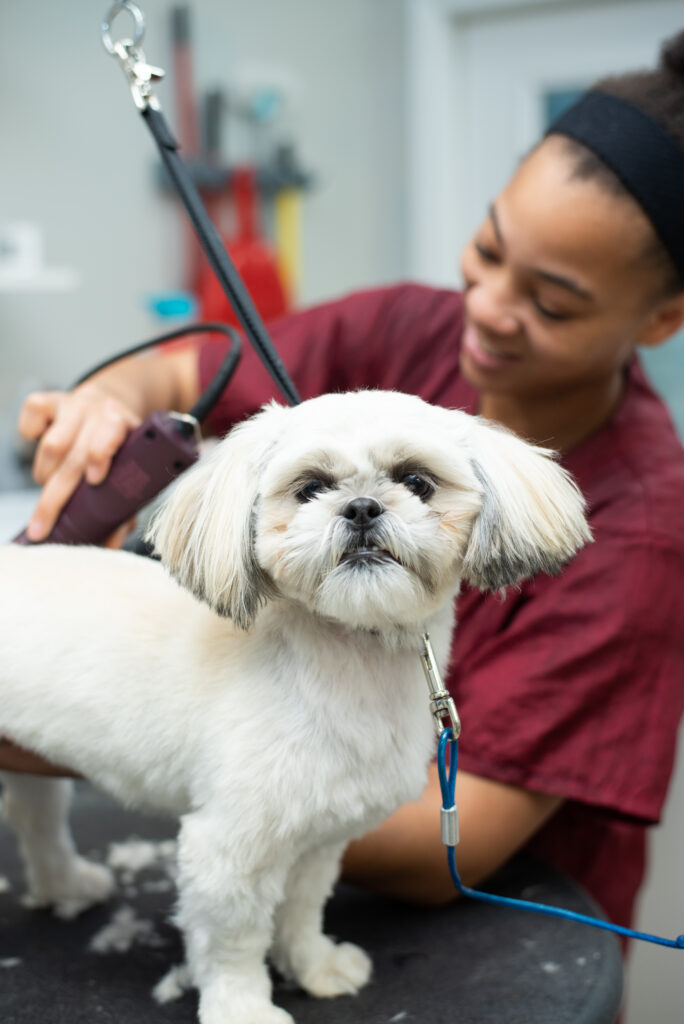 You’d be hard-pressed to find a story that better illuminates the life-changing effect of The Grooming Project than that of Kylie Stevens.

A recent graduate (April 2021), Kylie’s world right now is one she can barely have imagined a few years ago. She and her boyfriend and two children have their own apartment, two cars, and plans for future family vacations. They’re dreaming of getting their own home in the next three years and that’s no longer a wild fantasy. Kylie exults, “We are able to finally say that we are financially stable and that is honestly the best feeling in the world.”

Kylie did not grow up with the support of parents or family most of us count on. As a teenager, life was basically survival and struggles with depression. When she met the man who is now her partner, her parents did everything to keep them apart. “They called the cops on us several times, nailed my windows shut, and threatened to send me away if I left. They sent me to a mental facility and intensified their mental and emotional abuse toward me.”

Kylie moved in with her boyfriend’s mom, who, however, ended up losing her home. Homeless, they lived in tents and a series of hotels for months. The challenge to find housing sharpened when Kylie learned she was pregnant. Her boyfriend’s mother, working two jobs, was able to help them obtain an apartment. Compounding their troubles, Kylie’s own parents directed Division of Family Services to pursue them, with the objective to have their unborn child taken away. That situation plagued them through their daughter’s birth in July 2018 and for a period thereafter.

Not long after, her boyfriend’s mother became sick and unable to work, causing Kylie and her partner to lose their apartment. Again, they slept in shelters and hotels, eventually finding themselves in a trailer in distant Kansas. It “wasn’t the nicest,” but there they both found fast food jobs and were able to get by. Kylie became pregnant again—a boy this time—and her boyfriend was contracted for work with a construction company in Kansas City. They moved back, first into friends’ houses and then, with the help of the construction boss, into their own place.

A frightening nearby shooting compelled them to flee back to Kansas to stay with a family friend. In February 2020, prompted by the same kind boss and with two small children, they moved into Cornerstones of Care transitional living space in KCK.

It was at that facility that Kylie, who had always loved animals and had once fantasized of being a vet, learned about The Grooming Project from her caseworker. The boss’s wife had actually taken Kylie there earlier; Kylie hadn’t been able to talk to anyone and had left. With this second recommendation, Kylie applied and was called back within days. She began as a student in October 2020.

“The experience was awesome. I got to meet different people from different walks of life.” The Grooming Project offered Kylie the “family” she had always missed. “I loved my instructors,” she states but, with even more gratitude, adds, “but I know for a fact they loved me more.”

Kylie can now say “my life has done a complete 180.” Her small family would surely substitute “our” for “my” in that statement. The Grooming Project doesn’t just give a new start and hope to the trainee but is specifically designed to help elevate parents and their children into a better life.

Kylie puts a real face on that mission. “We see nothing but good things in our future.”